In 1981 the Dodge, which belongs to Chrysler, decided to create a new generation of trucks, the Dodge RAM trucks…… 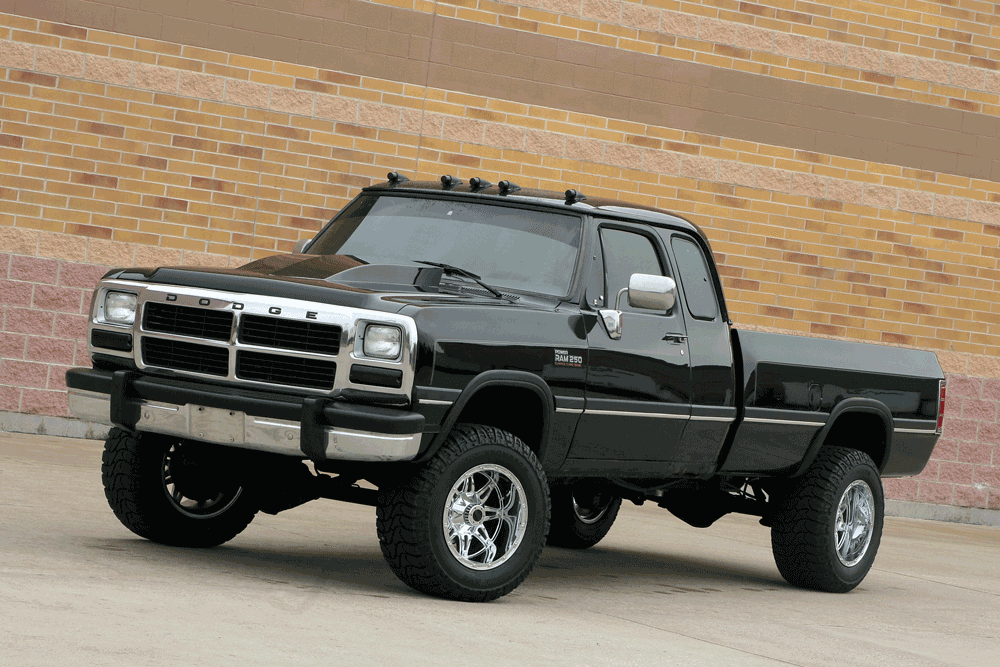 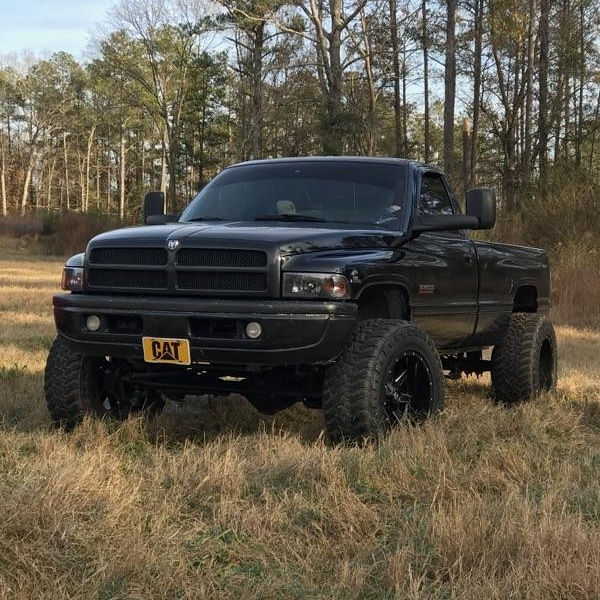 In 2001 the third Generation was released. 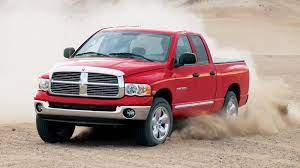 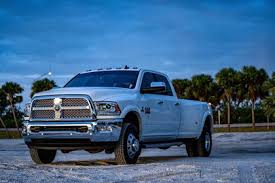 Here is a list of each engine available in each Generation for each truck.

The TRX is the newest model that comes from Ram. This truck has the same engine as the Dodge Hellcat! It sounds almost the same! My favorit of the two is probably the TRX. 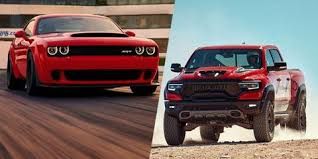 My favorite truck is “The 2nd Generation Cummins 12 Valve 2500 Crew cab long bed.” This one is built by the Diesel Brothers of Utah. 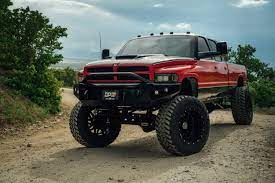 And that’s it, thanks for reading!


A transmission is a gear box attached to a vehicle’s engine; the transmission gives vehicles different speeds.


Il be honest I lost interest in the whole blog thing for a bit but I thought I’d start doing posts again, so here is a farm update.

Well I have not made a post in quite a bit so here is a farm update. We sold the M9540 sadly here is the last picture I have ever taken of it before it left 😦

I bought a snowmobile its a Polaris Indy 440 liquid cooled. I am the proud owner of 6 push lawnmowers and one of which runs but barely as I need to clean the full tank. And the best part is there all free! We also got back into the pig business we have around 57 pigs. All of the sheep are sold, and my sisters got two new pet kittens.

My tractor is almost ready I need to call in for a part today pick it up install the replace the one tire and I will be able to drive it!

Anyways I thought I’d give an update so you don’t think ive disappeared!


Howdy! today I will be writing about the life cycle of a chicken since yesterday dad found a hen with two little chicks that she had been raising in the ditch!

To start it of a rooster fertilizes a chicken the it lays eggs and lays over them for two weeks. Then they will hatch…..

Once hatched they are wet which means they are cold as the egg is no longer insolating them, so the hen (mom) lays on them. once they are able to walk mom shows them how to eat. Chicks at a young age eat little seeds.

Once they are about half the size of a chicken they become a pullet as we call them and start to mature. My little sister, Emma has a batch of 100 that just started laying eggs!

Once they start to lay eggs consistently they are considered a chicken and for roosters: since they don’t lay eggs I don’t know when they become an adult.

Once they have good mid sized eggs consistently, a rooster can reproduce with the hen and you will have good little chicks, and the cycle starts all over again!

And about the hen we found: We noticed earlier in the summer a hen was out and it kept getting out so we left it then I moved my goats to a new paddock which happened to be where the nest was and at the corner of a culvert there was a hen laying in the rain we two chicks so we put the family in the barn and they are still living!


Howdy, hope you had a good weekend!

So I learned about mulching, which is essentially something you put on the soil to protect your plants like, woodchips, or rocks. So in a farmers case residue from last years crop is like a mulch (if you do no-till). Like for example last year you had wheat in a field then this year you no-till soybeans into it, technically once the soybeans start to grow, the wheat stubble becomes a mulch. Mulch helps prevent disease from coming out of the ground when it rains and landing on the plant which could ruin in a farmers case your crop, or in a gardeners case your plant.

Then I learned about weeding. And that Mr. Dignam, pulls weeds out and talks about not using pesticides, but if you have a field full of army worm for example you will need to spray herbicides or else you’ll loose you crop!

Then I learned about good bugs, and bad bugs. For example a good bug is a bee for obvious reasons. And a bad bug which I already mentioned is army worms, which we had trouble with last year.

And if you read this good for you because on Wednesday I’m finally going down south so there will be many pictures to look at!


Howdy here is what I learned today in science!

So to start of with I learned how to transplant (or whatever you want to call it) little shrubs like dog wood. So first your cut a small branch about two inches from the top and remove all the foliage except for a few of the top leaves then get a bin put holes in the bottom of it and then put sand in it. Make sure the sand is always wet. once the sand is watered transplant the trees into it then put a plastic garbage bag over it and in a year they should be ready to put into the ground!

Next I learned how to make a square foot garden with sinder blocks. So essentially all you do is make an about 4 feet long and wide wall of sinder blocks and that’s it!


Howdy I’m back again with another homeschool essay here it is.

I learned about how gardeners do compost. First we just dump it into a big pile and mix it up once a year. And gardeners tend to stir there compost once a week or every other week. Some use chicken wire to hold the compost, dig a hole or put it in a bin with ventilation so it does not stink.

In the video Mr. Dignam says do not put dead animals in compost, it brings disease, but since we do manure, or compost on such a large scale, if an animal ever dies which thankfully that does not happen too often we put it in our manure pile and since it’s so big it can fully compost a animal unlike garden composts. For example we have a 20 acre field of corn that we but manure (compost) on and it’s doing great compared to last years crop. The cobs are already denting unlike last year they where denting at the end of September.

Anyways I also learned about hydroponics, which my parents are against because you don’t use any soil for that, and the plant does not taste as good and pesticides and all of that stuff and it’s not good for you when you’re eating it. So hydroponics is when a plant is grown, with no soil, and only water, some people use fish poo to fertilize the plants. So know you are wandering how do they live? Well the plants essentially grow there roots into water with nutrients put into the water, but they don’t go to deep so they don’t drown.

And that’s it for know chow!


Howdy! Sorry I’ve been gone all summer I decided to try to avoid going on my computer (although I did end up playing video games sometimes), In other news I bought a four-wheeler it’s a Yamaha moto 4 200 which happens to be the only model without suspension. I Also got a new buck, and I still have not got my tractor running yet as I got the radiator rebuilt and there is one hose left to replace then its complete.

In lesson 46 I learned about the electric clock.

So the original design was just a pendulum clock that had been electrified. And it was invented in London Great Britain by Alexander Bain in 1840. It’s important because before, mechanical clock were inaccurate by about fifteen minutes and know electric clock are of by the minute if not by the second!

Next, in lesson 47 I learned about blue prints. It was invented in 1842 by John Hershel in south Africa when he was on a vacation with his wife as they where studying plants and wanted a way to accurately have a way to copy them which is know used, in construction and so many more things!

In lesson 48 I learned about the stapler, it was invented in New York state USA, by Samuel Slocum, in 1841. When he wanted a way to make his product easier to ship to customers (I forget what it is) he invented the stapler to hold the paper together that was protecting his product.

Then in 49 I learned about grain elevators which I already know quiet a lot about but it was invented by Joseph Dart in 1842 In Buffalo new York not to long after the Eerie canal was built. When he needed a way to store grain he bought from boats passing by so the he could sell it over a wide distance.

And that’s it for now!